This is it. I’ve done it. I’ve really finished it. When I started back in February 2014 I was not really aware of what I was getting myself into. I thought it will be easy, finished quickly in a few weeks.

I could not have been more wrong. It was a bumpy road. My first really big project and creation in 2014. My biggest one so far since I got back into LEGO back in 2013. When I saw the first Trailer of “The Lego Movie” I was hypnotized. One particular model caught my attention – “The Batwing”. This was it. This is what I was destined to build! This is why I got back to LEGO. A dream to be rebuilt in reality.

So I started the Quest slowly, briefly, experimenting, sorting my bricks and grabbing what I may need. And then the first turbine was created, brick by brick. And I was excited to see it coming together so smoothly. Great stuff, this can’t be hard to build?

But I got stuck with building the wings. The Trailers only showed that much, I could barely see details. How shall I ever get that done? And then, someone out of this awesome community on flickr linked me a youtube video that changed everything. A instructional building video of “The Batwing” out of the videogame that was released for the movie. I was stunned. I needed to get that, and I got it next day and played the hell out of it to receive all needed plans to put it together. But that was the next challenge, only few steps where shown, only few parts I could recognize… but to be able to see this creation in real 3D and take a look at a few details I was able to continue my work.

And then the first wing was done. And it nearly broke apart. Dang it! I should have known, I should have foreseen it. Clearly the mechanics and physics in the movie and the game are different, easier, lighter to make it possible for such great creations to exist. And so I experimented and found a solution. A solution that just opened my eyes and kept me wondering if LEGO really planed for all those parts and possibilities beforehand or all of that is just a lucky coincidence…?

Doesn’t matter, I implemented my solutions, built up the second wing and got a first glimpse on the size of that thing. Holy cow Batman, what a huge plane that will be!

The cockpit was more of a routine, easier build except for a few details I could not make out, but I improvised on it, discovered a few cool things the LEGO Movie Creators implemented and also had to accept that a few parts where just not available, never ever produced in that certain color.

The last big thing to fix was the attachment of wings and turbines to the main body. And that was the point where it became clear that this thing will never fly when I wanted to stick as close to the Movie version as I wanted to. And after a few days of thinking the solution just appeared in front of me! Fix up a nice base to present the Batwing, hovering, waiting, showing its magnificent beauty… like in the video game.

It is a nearly identical revers engineered version, only the turbine connections are different plus a few parts that where not available in the needed color.

Please, do not use it as your own – if sharing, link back to me. 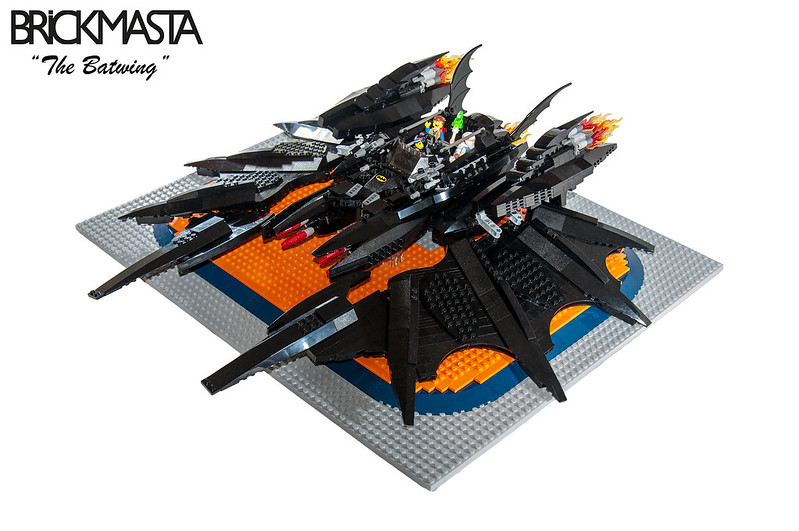 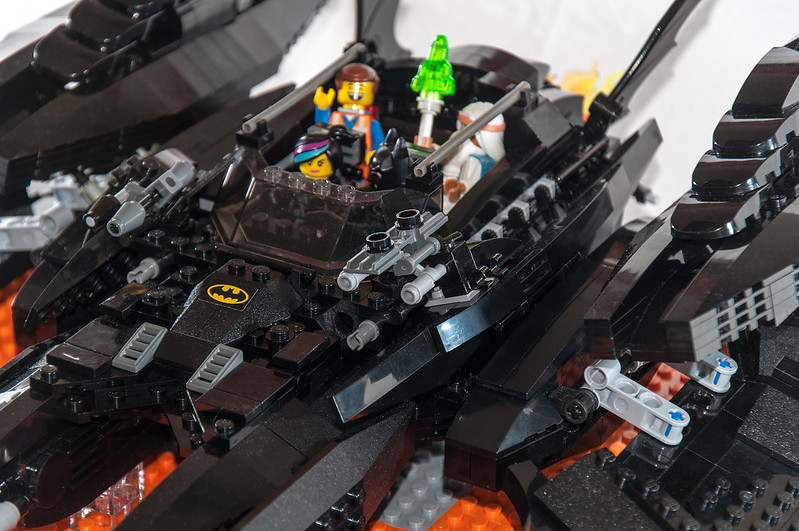 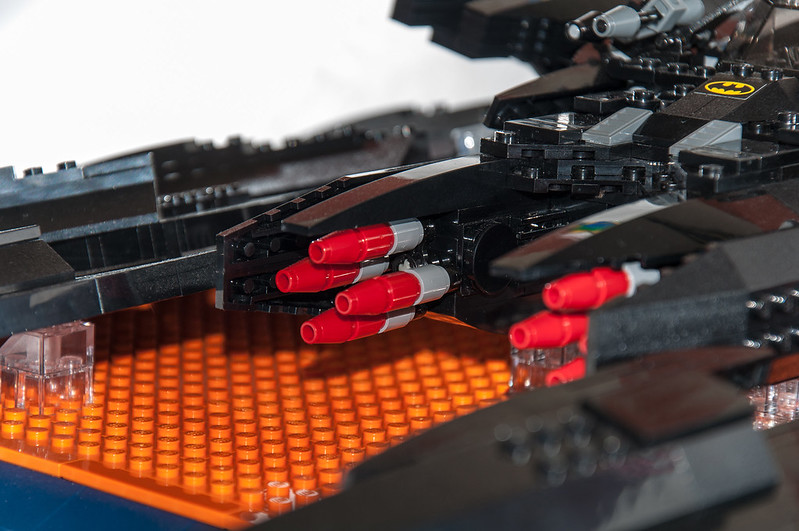 1 thought on “The Batwing – A Lego Movie Recreation”